The Travels of Cocoa Poem Lorry by Corey Mesler 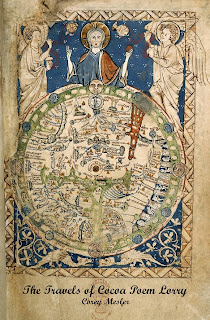 Name your price at
Smashwords

Buy it for 0.99 cents at the
Amazon Kindle store.

Buy the print edition for $3.59+s&h at
the CreateSpace eStore

COREY MESLER has published in numerous journals and anthologies. He has published 6 novels, 2 full length poetry collections, and 3 books of short stories. He has also published a dozen chapbooks of both poetry and prose. He has been nominated for the Pushcart Prize numerous times, and two of his poems were chosen for Garrison Keillor’s Writer’s Almanac. His fiction has received praise from John Grisham, Robert Olen Butler, Lee Smith, Frederick Barthelme, Greil Marcus, among others. With his wife, he runs Burke’s Book Store in Memphis, TN. He can be found at www.coreymesler.wordpress.com.